Today’s society is an era of information explosion. The pervasiveness of information places a heavy burden on the brain and makes us overwhelmed. So, the question is what can you do and how increase brain power.

The brain is a three-pound supercomputer, it is the command and control center of the body’s operations, and it is involved in almost everything you do.

Your brain determines how you think, how you feel, how you act, and how you relate to others.

Your brain even determines what kind of person you are: it determines how empathetic you are; how friendly or rude you are.

It determines how fast you think, but also how well you do your job and your family.

Your brain also influences your emotional activity and how you treat the opposite sex.

The brain is more complex than any computer we can imagine. There are 100 billion nerve cells in your brain, and each cell is connected to many other cells, you know?

In fact, there are more connections within the brain than there are stars in the universe! Whether at work, at rest, or in love, the essence of being your best self is optimizing your brain.

Obviously, at the center of everything you do, all your feelings and thoughts, every nuance of your relationship with people in your brain.

It is both a supercomputer that drives your complex life and a gentle organ that provides a home for your soul.

And when you run, lift weights, or do yoga to stay in shape, you ignore your brain and trust it to give it a chance to do its job.

No matter what age you are, mental exercise has a generally positive effect on the brain.

So you Want to improve brain power, and intelligence, slow brain aging, and live longer? It can indeed be achieved. And many methods are simple and easy to do, as long as you make small adjustments in your daily life.

This article introduces some ways to help how increase brain power and grow in wisdom and promote mental health.

Ways of How Increase Brain Power

Dopamine is a chemical secreted inside the brain that transmits messages of excitement and pleasure. Researchers at Vanderbilt University used brain-mapping techniques to analyze the brains of “aggressive” and “lazy-lazy” people. It was found that those who worked hard and wanted higher rewards had higher levels of dopamine in the striatum and prefrontal cortex, two areas that influence motivation and reward; “lazy people” had higher levels of dopamine in the peninsula. high, while the anterior insula is a brain region involved in emotional and risk cognition.

Make Good Use of Morning Time

Adhering to a healthy lifestyle and maintaining the efficiency of the brain is inseparable from tenacious willpower. As the saying goes, “A day’s plan is in the morning.” Studies have found that early morning is the best time for willpower and self-control, and the best time to tackle tough tasks. Therefore, we should save the hardest work in the morning.

Nerve cells produce a protein during exercise: neurotrophic factor. Among them, brain-derived neurotrophic factors can promote the secretion of various chemicals, which can not only promote neurological health but also improve cognitive function and learning ability.

A study published in 2010 by Neuroscience Nature Impurities showed that consistent exercise not only boosted blood circulation in the brain but also doubled the monkeys’ learning ability. Scientists believe that this conclusion also applies to humans.

And more research shows that exercise boosts mitochondria within cells and cells to produce energy, which means the brain works faster and more efficiently.

You can increase your brain power by making to-do list. The brain loves lists, it’s the most efficient way to receive and organize information. Research shows that the key to making your brain more efficient is making a list of things to do.

Most people can only remember four things at a time, and if we force our brains to remember more things, it will backfire and get blurry. So, make a list and de-stress your brain so it can focus more. Because the human brain is more capable of processing spatial information, it is more concise, clear, and easier to remember when expressing a list of food to buy or a to-do list in the form of “points” and “items”.

Docosahexaenoic acid, or DHA, is an omega-3 fatty acid that is a key component of the brain and retina. About 60% of the brain is made up of fat, of which 25% is DHA. DHA is also an important ingredient in breast milk, so breastfed babies have higher IQs than formula-fed babies.

Omega-3 fatty acids like DHA are also important because they are not produced by the body itself, but must be supplemented through food. Foods rich in DHA are fish, liver, and brain—most people don’t eat much these days.

Omega-3 oil in fish has long been considered to be good for the heart. But recent research has shown that they are also brain boosters, not only because they help the circulatory system push oxygen into your brain, but they also appear to improve the function of the membranes that surround brain cells

The cells that make up the central nervous system—neurons—are high in DHA. Without enough omega-3 fatty acids, nerve cells become less flexible and more prone to inflammation because the missing omega-3 fatty acids are replaced by cholesterol and omega-6. When this happens, normal neural transmission within and between cells is impaired.

The importance of omega-3 fatty acids to physical and mental health has been the focus of research for the past 40 years, with growing evidence that omega-3 fatty acids reduce the incidence of mental illness and degenerative brain syndrome. For example, memory loss and Alzheimer’s disease have been linked to a lack of DHA.

Thankfully: brain decline can be avoided or even reversed. For example, in one study, 485 subjects with memory loss improved significantly after taking 900 mg of DHA daily for 24 weeks.

Another study showed that after taking 800 mg of DHA daily for 4 months, the subjects’ language fluency was greatly improved.

Studies have shown that the unsaturated fatty acids required by brain tissue vary by age. The older you get, the more omega-3 fatty acids you need to supplement to prevent brain degeneration.

Krill oil is the most highly regarded animal-based omega-3 fatty acid, because krill oil and fish oil are basically the same in promoting metabolism, and they are more efficient than fish oil with lower EPA and DHA content than fish oil. The absorption rate of krill oil is 10-15 times that of fish oil, because of its unique molecular structure, combined with oil-soluble astaxanthin, it can resist oxidation.

Sleep is not only necessary for the renewal of the body, but also for the enhancement of brain power and creativity. Sleep clears thinking blocks and enables the brain to see problems from new perspectives, which is the key to creativity.

A study from Harvard showed that people’s associative skills improved by 33% after getting enough sleep, but they rarely realized it. Sleep also improves memory, making you more able to handle challenges. If you only get 4-6 hours of sleep a night, your thinking the next day will be affected.

Plasticity and brain control are closely related, including the ability to learn and memory. Plasticity occurs when neurons are stimulated by events, information, or the environment. However, lack of sleep alters the expression of certain genes, affecting synaptic plasticity. Because synaptic plasticity is only enhanced during deep sleep, chronic sleep deprivation can lead to decreased learning and memory.

As you may have guessed, this conclusion holds true for babies too. Research shows that naps can boost brain power in babies. Babies who get sleep rested while learning new things are better able to absorb knowledge because sleep improves memory, which plays a key role in cognitive development.

For adults, naps can also be a great brain booster.

Regular mind training keeps your brain healthy. It can be as simple as coming up with celebrities whose names start with A, playing Scrabble, or puzzle board games.

Research has even shown that searching for information online can activate areas of the brain responsible for decision-making and reasoning. So stop passively watching TV and use the internet to boost your brain power!

A recent study showed that handwritten notes are much more effective at remembering than typing in class.  The researchers said that writing down the key points is also the process of the brain processing information. So, carry a pen and paper with you and record things by hand to facilitate memory and organization.

Read Also “Motivational Articles for Students to Getting Succes“

10 years ago, American psychologists found that listening to Mozart’s music regularly can improve people’s mathematical logic and reasoning ability. Research in recent years has further demonstrated that music helps brain development. One of the studies divided 6-year-olds into two groups, one for music and the other for drama. After a period of time, the IQ of the former group increased by an average of 2-3 points, while the latter group did not change much.

Working memory refers to the short-term information storage system of the brain. The greater the storage capacity of working memory, the higher the IQ. And working memory can be improved through training, such as remembering the location of a series of small dots in a grid.

Researchers at Imperial College London found that the top eight finishers in the “World Memory Championships” didn’t have particularly high IQs, but mastered ingenious methods. For example, to remember the order in which a deck of playing cards is arranged, players assign each card an identity, either an item or a person. When the deck is turned over, players will make up a story in the order in which they relate to these objects or people, remembering the order of the cards.

Doing Aerobic Exercise is not only for fitness but also for the brain. Studies have found that walking three times a week for half an hour can improve a person’s ability to learn, concentrate, and abstract reasoning by 15%. Aerobic exercise is especially beneficial for the brain because it delivers more oxygen to the brain. 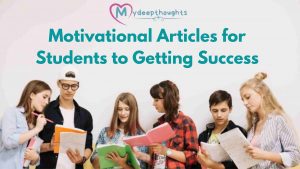 Motivational Articles for Students to Getting Success 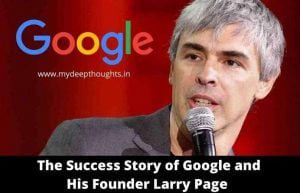 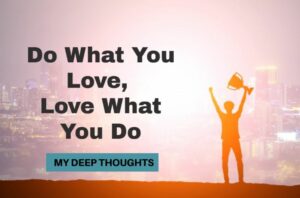 Do What You Love, Love What You Do